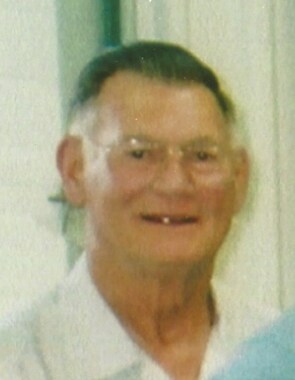 Back to Arden's story

Arden H. "Ike" Strouse, 83, of Keefer Mill Road, Danville, passed away on Tuesday, Dec. 17, 2019, at his home with his family by his side.
Born Aug. 24, 1936, in Turbotville, he was the son of the late George and Myrtle (Reichelderfer) Strouse. On June 30, 1956, he married the former Donna Lou Bankes and they celebrated 63 years of marriage.
He was a graduate of North Mont High School, Turbotville. Arden retired in 1999 from Danville Area School District where he worked as a maintenance worker.
Throughout his life, Arden enjoyed hunting at the cabin he built and motorcycle riding with the GWRRA PA Chapter "H" where he served for a time as Assistant Director.
He was a member of Danville-Mahoning Lodge No 224 of the Free and Accepted Masons and had earned his 50-year membership pin. In addition, Arden served in the National Guard.
Arden shared his life and had a boundless love for his wife of 63 years.
In addition to his wife Donna Lou, he is survived by his two daughter, Teri Kephart and her husband Robert, and Sherry Lou Ryan and her husband John; one son, Arden W. Strouse and his fiancée Betsy Huff; five grandchildren, Jonathan Shawley, Heather Young, Allen Strouse, Shawn and Todd Ryan; four great-grandchildren, Jonathan and Catherine Shawley, Jack and Knox Young; a brother, Dale Diehl and his wife Sharon; a sister, Mary Hall; and a sister-in-law, Dorothy Strouse.
Besides his parents, he was preceded in death by his brother, John Strouse; and two brothers-in-law, Albert Hall and Darrell Bankes.
Family and friends are invited to call from 11 a.m. to 1 p.m. Saturday, Dec. 21, at Brooks Funeral Home & Cremation Svc PC, 207 Broadway St., Turbotville. The Danville Masonic Lodge will conduct a memorial service at 11 a.m. The funeral service will be held at 1 p.m. at the funeral home, with the Rev. Melody Sell, Washingtonville Lutheran Church, officiating.
Burial with full military honors will follow in Exchange Cemetery.
In lieu of flowers, contributions in Arden's memory may be made to the Family Home Medical Hospice, 50 S. Oak St., Mount Carmel, PA 17851.
The family would like to thank Arden's caregiver, Darin Peterson, for all the help and kindness.
www.wfbrooksfuneralhome.com
Published on December 17, 2019
To plant a tree in memory of Arden H. Strouse, please visit Tribute Store.

Plant a tree in memory
of Arden

A place to share condolences and memories.
The guestbook expires on March 16, 2020.

Beautiful in Blue was purchased for the family of Arden H. Strouse by Theresa Gress.  Send flowers

Teri and John Gress
We are good friends of Arden’s daughter and husband, Sherry Lou and John. We are grateful to Arden for having the most wonderful daughter and dearest friend! Thankyou Arden!
View all