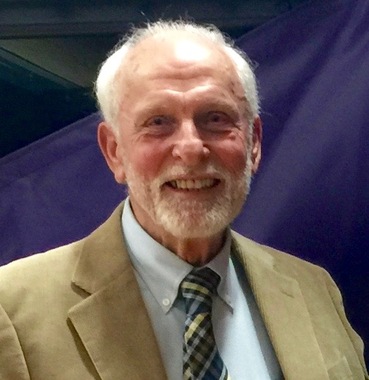 Back to Donald's story

Born in Quakertown March 19, 1939, he was the son of the late Howard Wilson and Arlene (Heller) Fulmer. He was a 1957 graduate of Quakertown High School. He resided in Sunbury for the past five years and previously lived in Danville for a number of years.

Donald was employed as an administrator at the Wyncote Church Home, Wyncote, retiring in 2003.

Donald enjoyed the time he spent with his two Siberian huskies, Bear and Ursa. He was an avid reader and loved to walk.

In addition to his parents, he was preceded in death by one son, Jeffrey Michael Fulmer in 1966, and by his brother, Ronald Fulmer.

Memorial services will be held at a time to be announced.

Condolence messages and photographs may be posted at www.krinerfuneralhomes.com.
Published on January 28, 2019
To plant a tree in memory of Donald Ralph Fulmer, please visit Tribute Store.

Plant a tree in memory
of Donald

A place to share condolences and memories.
The guestbook expires on April 28, 2019.

Restore the guestbook to view the 4 more posts by family and friends, and share a memory or message of condolence of your own.