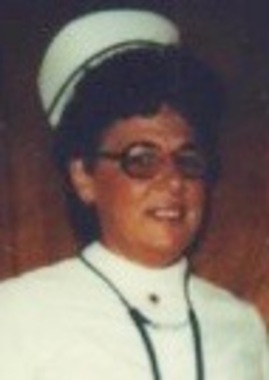 Back to Esther's story

She was born in Danville RD5 to the late Arthur and Anna (Valorz) Flessatti.

She was a graduate of Danville High School and a 1956 graduate from the school of nursing as a Licensed Practical Nurse. Her professional career spanned decades of outstanding, dedicated, compassionate nursing care to all the patients she served. Her employment included the Danville State Hospital as a psychiatric nurse for nine years, Mansion Nursing Home as a nursing supervisor for 19 years and Private Duty Geriatric Nursing Services.

A private service will be held at Transfiguration Catholic Church, Shamokin at the convenience of the family with a private burial in Odd Fellows Cemetery, Coal Township.

To send condolences to the family, please visit www.cjlucasfuneralhome.com.

The family would welcome and appreciate memorial contributions in Esther's name be made to Manna for the Many Food Bank, 117 N. Eighth St., Shamokin, PA 17872. Esther had a giving and generous heart for those faced with hunger. Additionally her very dear friends, the Carmelite Nuns, 190 Maria Hall Drive, Danville, PA 17821. The sisters prayed endlessly for Esther and her family, helping them all to endure the many heart wrenching end of life years she so greatly suffered.

This Valentine's Day we entrust her dear heart to God's loving care where it will finally rest in heavenly peace.

Plant a tree in memory
of Esther

A place to share condolences and memories.
The guestbook expires on May 09, 2019.