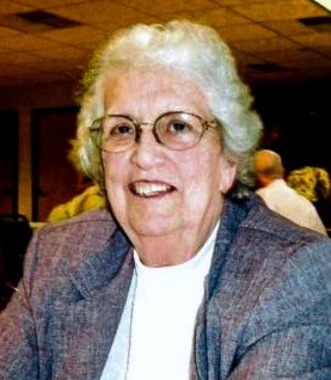 Back to Frances's story

Frances R. "Frankie" Barbosa, 87, of Danville, passed away peacefully surrounded by her family on Saturday, Oct. 26, 2019, at Geisinger Hospice at Maria Hall in Danville.

She was born Nov. 15, 1931, in Danville, a daughter of the late Walter Reichen and Anna Mary (Shultz) Reichen Bailey. She was married to Modesto "Tito" Barbosa who preceded her in death on July 19, 1981.

She graduated from Danville High School in 1948 and remained active monthly with Club 48 lunches which she looked forward to. She graduated from Penn State University in 1952 with a bachelor's degree in home economics.

Frankie committed her entire professional career as a Registered Dietician, retiring in 1992 as head dietician of Sunbury Hospital.

She was a member of St. Paul's Emmanuel Methodist Church, Danville.

Frankie thoroughly enjoyed crossword puzzles, was a Hummel collector and was known for her handknitted Christmas stockings which were made in the footsteps of her mother. An alumnus of Penn State she was an avid fan of the Nittany Lions.

She had a kind heart and patient disposition throughout her life. Her gentleness and intelligence will be greatly missed by all who knew her. Frankie will be remembered as the "Hub" of her family whom she loved dearly.

Family and friends will be received from 10 to 11 a.m. today, Oct. 31, at VIsneski Funeral Home, Inc., 42 W. Mahoning St., Danville, followed by a celebration of Frankie's life at 11 a.m. with Pastor Greg Molter officiating.

Plant a tree in memory
of Frances

A place to share condolences and memories.
The guestbook expires on January 27, 2020.