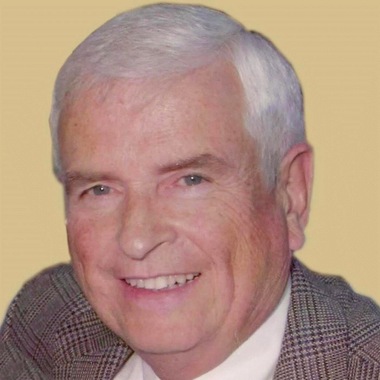 Back to Henry's story

Henry James Hurst, 80, of Hardeeville, S.C., "one of the good guys", took his final journey home on July 22, 2019, surrounded by his loving family.
He was a wonderful husband and partner to his wife of 54 years, Carole Quattrone Hurst and loving father to Gregg Robert (Memory Giordano), Stacey (F. Romeo Chimbwanda) and Kristin (B. Benjamin Haas).
He is also survived by his adored grandchildren, Madison and Lauren Hurst and Abbey, Jeb and Alena Haas. The two new grand puppies Polar and Pepper added some entertainment to family gatherings during the last few months.

Henry was born June 29, 1939, in Philadelphia, the third son of Henry Rembrandt and Helen McDonough Hurst. Henry's family always had a good laugh about the fact that he was born in an elevator at a home for unwed Mother's because it was the closest medical facility to their home. He spent his early years growing up on the "farm", in Magnolia, N.J., and developed a lifelong aversion to cutting hedges and pulling weeds. He is survived by his brothers Joseph P., Surprise, Arizona and James F. (Maureen McClay), Oceanview, Del. He was predeceased by his younger brother, Robert. He is also survived by many nieces, nephews, and great nieces and great nephews. He spent many summers as a child and adult with family and friends at his grandmother's Victorian home in Cape May, N.J.

He graduated from Camden Catholic High School, Camden, N.J. and West Chester State College, West Chester, Pa. Upon graduation from college, he embarked upon a short teaching career at Triton Regional High School and Bishop Eustace Prep School. While he enjoyed teaching Math, his first love was coaching basketball. He and former NBA coach, Don Casey, coached the Bishop Eustace 1961 team to the NJ Non Public Group B State Championship as well as the 1962 team to the Non Public Group A State Championship. According to Coach Casey, it is historic as no New Jersey high school team has ever won back to back State Championships in two different classes.

In 1966, he started his 31 year career at Merck & Company in Human Resources at three different locations including West Point, Pa., Cherokee Plant in Danville, Pa. and at Corporate Headquarters in Whitehouse Station, N.J. He held many management positions during his career involving Labor Relations, Union Contract Negotiations and Arbitration, Legal, Corporate Planning, Development and Licensing, as well as head of Human Resources at the Cherokee Plant for 14 years. He also pursued his passion for golf with his involvement in several Merck leagues and enjoyed the comraderies of his colleagues.

During his time in Danville, he was an active member of the community including his elected term of eight years as School Board Director in the Danville Area School District, Danville Area Community Center Board of Directors, Ronald McDonald House and as a founding Director of the Danville Area Child Development Center.

He was a consultant for many years and enjoyed his partnership in HR at Upper Dublin Township. He was especially proud of his volunteer work at Gilda's Club in Warminster, PA.

Carole and Hank moved to South Carolina in 2008 to enjoy golf and the low country lifestyle. They also appreciate the special relationships with wonderful neighbors and "village" at Hampton Pointe.

As a Dad, he always enthusiastically attended his children's educational and sporting activities as a mentor, coach and biggest fan. He was instrumental in establishing the American Youth Soccer Organization program in Plymouth Township, Pa. He also coached and refereed all of his children throughout their soccer involvement. He was involved in Little League and basketball programs as well.

The family is most appreciative of the outstanding care he received in the last six months from Encompass Home Health, Tidewater Hospice, and In My Care. The compassion and support from the people involved in these organizations was invaluable.

Pennsylvania service and burial will be handled by Ciavarelli Funeral Home, 951 E. Butler Pike, Ambler, with visitation from 6 to 8 p.m. today and a visitation at 10 to 11 a.m. Friday at St. Alphonsus Church, 33 Conwell Drive, Maple Glen, Pa., followed by a Mass at 11.
Burial will follow immediately afterward.

Remembrances' may be made to the Henry J. Hurst '57 Scholarship Fund and directed to Jennifer Van Es, Development Office, Camden Catholic High School, 300 Cuthbert Blvd., Cherry Hill, NJ 080002.
Condolences may be made at Htts://www.saulsfh.com/notices/Henry_Hurst
Published on July 31, 2019
To plant a tree in memory of Henry James Hurst, please visit Tribute Store.

Plant a tree in memory
of Henry

A place to share condolences and memories.
The guestbook expires on October 29, 2019.