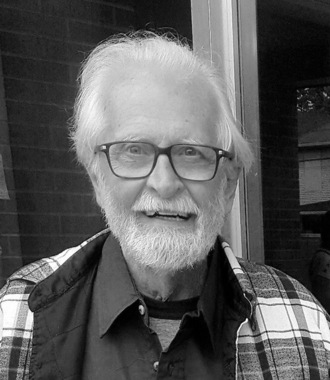 Back to James's story

Jim was a 1955 graduate of Danville High School. After graduation Jim enlisted with the Navy in July of 1955 serving on the USS Dealey in the Mediterrean until being honorably discharged in July of 1959.
He gained employment with the Walt English service station and was later employed with the Danville State Hospital in their self-sufficient industry for 28 years until his retirement.
He was of the Methodist faith.
Jim had a great love for fishing. He enjoyed traveling and camping with his family and taking his boat and fishing at Raystown Lake. His greatest joy was time spent with his grandchildren and great-grandchildren which also included fishing.

In addition to his wife of 61 years, he is survived by three daughters and sons-in-law, Sharon and Larry Nester, of Eustis, Fla., Sue and B.J. Habermehl and Sallie and David Springer, all of Northumberland; four grandchildren and spouses, Megan and Jason Boyer, Jaime and Michael Spickler, Brian Habermehl, Dustin and Michelle Springer; seven great-grandchildren, Shawn, Skyler, Cohen, Sidney, Davin, Luxea and Dakota; one brother, Edward Cripps, of Norfolk, Va.; and his faithful Husky, Dewey.
He was preceded in death by one brother, Thomas Cripps.

Friends and family may call from 11 a.m. to noon on Wednesday at the Joseph W. Epler Funeral Home, 210 King St., Northumberland, followed by the funeral at noon.
Burial with military honors will follow in Fairview Cemetery, Danville.

The family will accept flowers or contributions in Jim's memory may be made to the SPCA, 2801 Bloom Road, Danville, PA 17821.
Published on October 23, 2017
To plant a tree in memory of James E. Cripps, please visit Tribute Store.

Plant a tree in memory
of James

A place to share condolences and memories.
The guestbook expires on January 21, 2018.

Restore the guestbook to view the 1 more posts by family and friends, and share a memory or message of condolence of your own.