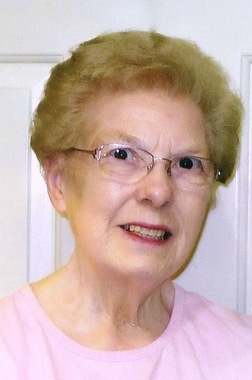 Back to Kay's story

Kay graduated from Danville High School in 1960. She earned two degrees from Bloomsburg State College (now Bloomsburg University), her bachelor of science in elementary education in 1964 and her master of science in 1967.
She first taught school in the Glasgow School District in Cambria County, Pa., then returned to the Danville Area School District where she taught and, later, was a substitute teacher.
Kay's mother, Mary, helped her to develop a love of music at an early age, and she had been a church musician most of her life. She began to play for church at age 13. She was one of the musicians at the church she attended regularly, Mooresburg Presbyterian Church.
Kay began to make clear toy candy in 1984. She was mentored by her late aunt and uncle, Grace and Dale Murray of Watsontown. She participated in many craft shows, most notably, the Covered Bridge Festival, and she and her husband have sold candy through Beiter's Department Store in Danville since 2004. She enjoyed making candy and "making smiles" first alone, then with her helpers, her father, several wonderful friends, and her good husband, Bob.
Kay had a great love of her Lord Jesus Christ, who has been faithful through her many years. She was an active member of Mooresburg Presbyterian Church, a loving and supportive church family who cared for her and her husband through her long years of illness. Both Bob and Kay are grateful for that support, as well as the support of her extended family and many friends. Care given by the Oncology Department of Geisinger Medical Center, especially that of Dr. Rajiv Panikkar and his staff, are also greatly appreciated. Dr. Earl Ritter, her long-time chiropractor, gave her much care and improved her quality of life and comfort. For that, she was especially grateful.

Kay is survived by her husband, Robert E. Heim, to whom she has been married for more than 51 years. They have two sons, Scott R. Heim and wife Heidi, of Danville, who have been especially supportive these last few years, and Dennis E. Heim and his wife Dawn, formerly of Cleona. She also has two grandsons (treasures of her life), Elliot Heim and Jack Heim, as well as two stepgrandchildren, Skyler and Day Gehman. Two brothers survive her, James C. Styer and wife Judy, of Brogue, and John C. Styer and wife Margaret, of Lithia, Fla.; and nieces and nephews and other extended family members.

Friends and family are invited to attend a memorial service to celebrate Kay's life at 10:30 a.m. Saturday, April 29, at Mooresburg Presbyterian Church with her pastor, the Rev. John Shaw III, officiating. A lunch will follow the celebration.
Burial will be in Columbia Hill Cemetery at a later date.

Flowers will be provided by the family, but memorial gifts, if you wish, may be given to either of the following: Animal Resource Center, 301-A Boone Road, Bloomsburg, PA 17815; or to Mooresburg Presbyterian Church, 9 Church Drive, Danville, PA 17821.

Arrangements are under the care of John Shaw III Funeral Home, Lewisburg.
Published on April 10, 2017
To plant a tree in memory of Kay Y. Heim, please visit Tribute Store.

Plant a tree in memory
of Kay

A place to share condolences and memories.
The guestbook expires on July 09, 2017.