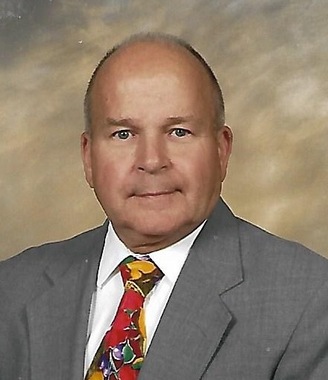 Back to Kenneth's story

Kenneth L. Brosious, 86, of Sunbury, passed away on Wednesday, Aug. 21, 2019, at Manor Care, Sunbury.
He was born June 5, 1933, in Sunbury, a son of the late Leroy W. and Gladys M. (Drumheller) Brosious. On Oct. 17, 1964, in Catawissa Avenue United Methodist Church, Sunbury, with the Rev. Louis Barth, he married the former Betty Jane Forney of Danville, who survives.

Ken was a 1951 graduate of Northumberland High School and served in the Army from 1952-1955.
After serving in the Army, he was employed by Dutt & Wagner/Keller's Creamery, Northumberland, and then worked at American Home Foods/Chef Boyardee, Milton, for more than 30 years, retiring in 1998.
He was a former member of St. Peter's Lutheran (White) Church, rural Sunbury, and later joined the Catawissa Avenue United Methodist Church, Sunbury, where he became active in the Men's Group and helped prepare many monthly meals for the church.
In his earlier years, Ken enjoyed working in his backyard vegetable garden, which later became a flower garden. He also enjoyed traveling every year with the family while the children were growing up, which always included a yearly vacation to Ocean City, Md. In later years, he and his wife traveled by charter bus to many places across the United States. They also took several cruises and one-day trips to shows and to the casinos.
His pastimes were working on jigsaw puzzles, doing word puzzle books, and playing board games with his wife. Ken also enjoyed collecting neckties. He always wore a different tie to church each Sunday.

In addition to his wife, he is survived by one daughter, Cheryl E. Brosious; one son and daughter-in-law, Keith A. and Patricia "Trish" Brosious; granddaughter, Kendra A. Brosious; one sister, Linda L. Brosious Merrell; brother-in-law, Phillip Wenrich; brothers-in-law and sisters-in-law, Ralph and Coni Forney and Paul and Claire Forney; and nieces, nephews, and cousins.
He was preceded in death by one sister, Marie Wenrich; brother-in-law, David Merrell; and his in-laws, Robert and Mary Forney.

Family and friends will be received from 12:30 to 1:30 p.m. Thursday, Aug. 29, at Catawissa Avenue United Methodist Church, 319 Catawissa Ave., Sunbury, followed by a memorial service at 1:30.
Burial will be in Northumberland Memorial Park, Stonington.

In lieu of flowers, donations in Ken's memory may be made to the Memorial Fund of Catawissa Avenue United Methodist Church.

Plant a tree in memory
of Kenneth

A place to share condolences and memories.
The guestbook expires on November 20, 2019.