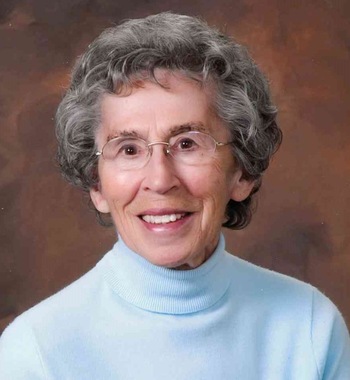 Leola "Lee" Evans, 92, of Danville, was called home to be with her Lord and Savior on Wednesday, Aug. 14, 2019, at Emmanuel Nursing Home, Danville.
She was born May 2, 1927, in Wapwallopen, a daughter of the late Harris G. and Bertha Myers Lemon.

Lee was a 1945 graduate of Danville High School.
She was employed by Bell Telephone in Wilkes-Barre, retiring after 40 years of service. She began her career in the Traffic Department in Danville. After her marriage to Fred W. Evans of Wilkes-Barre, she transferred there as a Supervisor of Traffic from 1947 - 1955. Later, she returned to Danville and continued her employment with Bell Atlantic working for seven years in the Engineering Department and then transferred to the Customer Service Bureau as Foreman of Facilities until her retirement.
She was a member of First Baptist Church of Danville for 46 years where she served for six years as a Deaconess. Lee was a member of the Ladies Friendship Class and served as secretary of the Friendship Circle. She was the former president, secretary and historian of the Susquehanna Council of Retired Telephone Workers Club and was president of the Telephone Pioneers Club.
Lee loved writing Christian poetry, enjoyed oil painting, traveling, shopping, and spending time with her family and friends. Her greatest passion in life was spending time with her Lord.

She is survived by one son and daughter-in-law, David L. and Carla Evans of McKees Rocks; one granddaughter, Dr. Laura Evans Jackson and her husband Dr. Dustin Jackson of Canonsburg; one great-granddaughter, Clara Elizabeth Jackson; two brothers, Donald E. Lemon of Aiken, S.C., and Harris A. Lemon of Mifflinburg; one sister and brother-in-law, Yvonne and Robert Fetterman of Danville; and several nieces and nephews.

Lee was preceded in death by three brothers, LaRue Lemon in 1986, Mason G. Lemon in 1997, and LeVay Lemon in infancy.

Relatives and friends are invited to attend a celebration of Lee's life at 11 a.m. Saturday, Aug. 24, at First Baptist Church, 12 Brookside Drive (Off 642 West), Danville, with the Rev. Dawes J. Dunham officiating. Friends will be received from 10 to 10:45 a.m. prior to the service.
Burial will be held in Odd Fellows Cemetery.

The family will provide flowers. Memorial contributions may be made to First Baptist Church Missions Fund or WPGM Radio, P.O. Box 236, Danville, PA 17821.

Arrangements are under the direction of the Visneski Funeral Home, 42 W. Mahoning St., Danville.
Visit www.visneski.com.
Published on August 15, 2019
To plant a tree in memory of Leola Evans, please visit Tribute Store.

Plant a tree in memory
of Leola

A place to share condolences and memories.
The guestbook expires on November 13, 2019.

Restore the guestbook to view the 1 more posts by family and friends, and share a memory or message of condolence of your own.