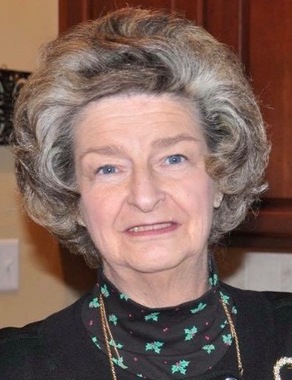 Back to Mary Jane's story

Jane was born in Hazleton, Pa. Dec. 8, 1945. She graduated from Freeland High School in Pennsylvania in 1963. Jane attended University of Pennsylvania's School of Nursing where she was awarded her RN in 1966.

Following graduation, she worked as a nurse in the University of Pennsylvania Hospital's emergency department. There, Jane met her future husband of 50 years, Thomas C. Royer, MD of Bellefonte, Pa. The couple first lived in Danville, Pa. while Thomas completed his surgical residency at the Geisinger Medical Center. Following residency, the couple relocated to Beaufort, S.C. where Thomas served as a Lieutenant Commander and surgeon at the Naval Hospital Beaufort. Upon the completion of his military service, Jane and Thomas returned to Danville, where they lived for 21 years and raised their four children.

Jane was an active member of the Danville community, serving in a variety of professional and volunteer roles. She and Thomas were instrumental in the founding of the Danville Ronald McDonald House, the first in the nationwide network of temporary patient family housing to be built in a rural community, serving on its board of directors. Jane was a member of the Children's Miracle Network Telethon Committee and served on the board for the school at St. Joseph's Catholic Church where she was also a devoted parishioner. Jane and Thomas helped organize a free medical clinic for the area's migrant farm workers and volunteered regularly at Camp Victory, a special summer camp for children with various medical diagnoses, in Millville. She loved music, singing soprano as a member of the Danville Community Singers and served as a Brownie troop leader.

Jane was a loving and giving mother and together with Thomas made education a priority in their children's lives. Together they would faithfully attend all of their kids' various school activities, sporting events and musical performances, where Jane was often seen documenting the action with her VHS camcorder. As her children grew, Jane returned to nursing, working for nearly a decade as nurse administrator of the Geisinger Care Center, a walk-in family medicine clinic in Danville. She later served in a similar role at Johns Hopkins in Baltimore, Md.

Jane and Thomas settled in Southlake, Texas from Bloomfield Hills, Mich. in 1999. Jane was considered by many to be a gourmet cook, preparing elaborate meals for family and friends at countless holiday gatherings and parties which she loved hosting in her home. The only thing she enjoyed more than cooking was spoiling her eleven grandchildren who lovingly referred to her as Nana.

Jane was preceded in death by her parents, Carmen and Rita Nowak Ferdinand of Freeland, Pa.; and her eldest daughter, Gwyneth Royer, DO, whom Jane and Thomas adopted from Seoul Korea in 1972.

In lieu of flowers, a memorial gift can be made in Jane's name to Camp Victory, a special camp for kids, 58 Camp Victory Road, Millville, PA 17846 or online at campvictory.org.

The family will be establishing a memorial scholarship in Jane's name for nursing students at University of Pennsylvania.
Published on February 23, 2019
To plant a tree in memory of Mary Jane Ferdinand Royer, please visit Tribute Store.

Plant a tree in memory
of Mary Jane

A place to share condolences and memories.
The guestbook expires on May 24, 2024.

I'm sure you will be sorely missed by all of your family. She gave so much of herself for everyone. Brit and I were glad we got to know you and especially your lovely daughter Gwen. Our youngest granddaughter was given Gwen's name in her honor. My heart goes out to all of. you.
Adrienne

Dick Butcher
Tom- Great remembrances of you and Jane at your house on Market Street, and her work at the Care Center with Barbara.
Dick
Kelly D.
I’m so sorry for your loss. Revelation 21:3,4 assures us that soon we will never again have to feel the pain from losing our loved ones. Please take comfort from the promises in God’s word.
Erica M
I am so sorry for your loss. God knows the pain that comes with losing a loved one, that is why he promises that he will do away with his enemy, death (1 Corinthians 15:26). We will soon be reunited with our dear, loved ones (John 5:28, 29). Till then, may the wonderful memories fill your heart and mind.
Sharon and Arthur Laberis

Our condolences to the whole Royer Family.

Rest In Peace dear friend. You will be remembered always.

My deepest sympathy to the entire Royer family.