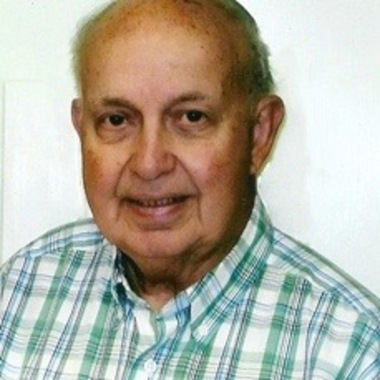 Back to Robert's story

Bob was a 1960 graduate of the Danville High School. He served in the Army as a Nuclear Weapons Maintenance Specialist from 1963-1965 and in the reserves until 1969. He received the Medal of Good Conduct and Sharpshooter award for rifle and carbine. He was always an excellent shot.
He was a printer for 10 years at the Milton Standard, Danville News, and Bloomsburg Craftsman and then worked for 25 years as a psychiatric aide at the Danville State Hospital. He spent his retirement making clear toy candy with Kay and selling in local shops and many craft shows.
He was a member of the Mooresburg Presbyterian Church where he sang in the choir. He volunteered with his son and grandson at the Saturday Trains Program at Christ Memorial Episcopal Church.
Bob was a proud Grass Roots Supporter of the Crazy Horse Memorial and was thrilled to visit it in person. He was a talented woodworker, making and restoring hundreds of pieces of furniture and beautiful carvings. Many of his carved Bald Eagles adorn local homes. He enjoyed hunting, fishing with his grandson, and being out in nature. It was a special thrill for him to see a Bald Eagle. In his prime years he was an avid runner and bicyclist, competing in many local races.

A memorial service will be conducted at 11 a.m. Saturday, April 27, at the Mooresburg Presbyterain Church with his pastor, the Rev. John H. Shaw III officiating. A lunch will follow the celebration.
Burial will be in the Columbia Hill Cemetery.

The family will provide flowers and donations in Bob's memory may be made to either the Crazy Horse Memorial Foundation, 12151 Avenue of the Chiefs, Crazy Horse, SD 57730-8900 or to the Mooresburg Presbyterain Church, 21 Church Road, Danville, PA 17821.
Published on April 4, 2019
To plant a tree in memory of Robert E. Heim, please visit Tribute Store.

Plant a tree in memory
of Robert

A place to share condolences and memories.
The guestbook expires on July 03, 2019.