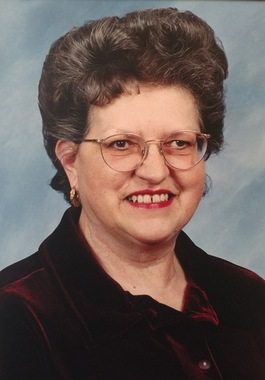 Back to Ruby's story

Ruby was a 1953 graduate of Mahoney Joint High School.
She was employed as an inventory specialist for Merck & Co. until her retirement in 1999.
She was an active member of St. Elias Reformed Church, Sunbury where she helped to prepare the church newsletter, shoeboxes and served in the adult Sunday school classes.
Ruby was a talented seamstress and an avid reader. She enjoyed hunting with her family and bowled on local bowling leagues.

In addition to her husband of 45 years and her parents, Ruby was preceded in death by one sister, Darlene Schmeltz.

Friends and family may call from 1 to 2 p.m. Tuesday at St. Elias Reformed Church, 2016 Church Road, Sunbury, followed by the funeral at 2, with the Rev. Clair F. Shaffer Jr., officiating.
Burial will follow in Northumberland Memorial Park, Stonington.

Contributions in Ruby's memory may be made to the charity of the donor's choice.

Plant a tree in memory
of Ruby

A place to share condolences and memories.
The guestbook expires on November 25, 2017.